Two More Men Executed in Iran in Connection with Protests, Others at Imminent Risk 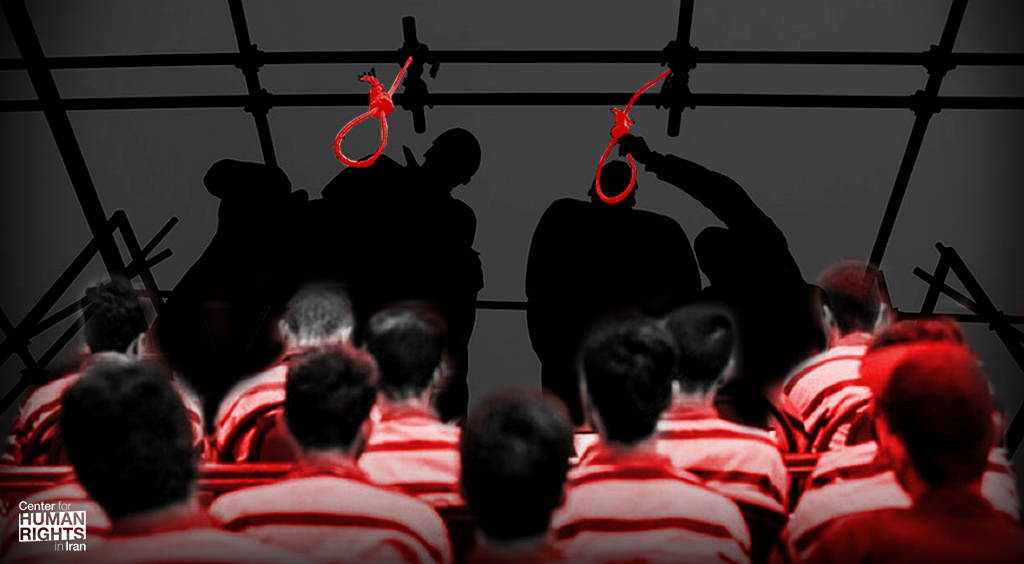 January 7, 2023 – The hanging in Iran today of two men who were arrested in connection with street protests, Mohammad Mehdi Karami, 22, and Seyed Mohammad Hosseini, 39, is an escalation of the Islamic Republic of Iran’s use of lethal force to crush dissent that should be urgently addressed by the international community, said the Center for Human Rights in Iran (CHRI).

“From the moment they were arrested, they were considered guilty with no chance of being proven innocent because the cases against them were politically motivated,” he added. “The Islamic Republic is using executions and lethal force against street protesters to instill terror in the hearts of the population to crush the Iranian people’s hopes and calls for change.”

“It’s long past due for countries that maintain relations with Iran to withdraw their ambassadors and demand a moratorium on executions as well as the state’s use of violence to crush peaceful dissent,” said Ghaemi.

Two other men arrested in connection with the protests that have swept Iran since September, Moshen Shekari and Majidreza Rahnavard, were hanged in December. They were both just 23 years old.

Fourteen others have been sentenced to death and are at imminent risk of execution, including Mohammad Boroughani, 19, and Mohammad Ghobadlou, 22, while more than 40 are facing charges that could carry the death penalty, according to a list compiled by CHRI.

Deemed “Guilty” with No Chance of Being Proven Innocent Before he was executed, Karami, a semi-professional karate champion from a working-class family, had been on a hunger strike for four days to demand access to his lawyer.

“They told us we can appeal the sentence,” said Karami’s father in an interview with the Etemad news site last month. “For a week I’ve been calling the lawyer who has been appointed by the judiciary, but he hasn’t answered. This lawyer hasn’t even given me his office address…”

The journalist who interviewed Karami’s parents, Mehdi Beyk, was later arrested for doing his job and remained in detention at the time of this writing.

Karami’s chosen lawyer, who was blocked from representing his client in court, had tweeted that he was going to seek an appeal of the sentence if the judiciary had accepted his representation.

The lawyer added that the family was not allowed to see Karami to say goodbye before he was hanged.

All of the street protesters who are being prosecuted by the Islamic Revolutionary Court system have been denied access to proper counsel, either by being denied access to any lawyer or by being forced to use a lawyer from a list given to them by the court.

The court-appointed lawyers who do take on the cases and choose to put effort into the defense—which is not always the case—are then denied adequate time to prepare a proper legal case. For example, Karami and Hosseini were both hanged just two months after they were arrested.

“I met Mohammad Hosseini in Karaj prison. He was in tears, talking about how he was tortured and beaten while blindfolded,” said Hosseini’s lawyer last month. “Statements made by a person under torture have no legal merit.”

Little else is known about Hosseini, other than he worked at a poultry farm.

The Islamic Republic has a documented history of forcing detainees held in politically motivated cases to make self-incriminating statements, obtained under torture or extreme duress, which are then used as “evidence” against them by the kangaroo courts handling their cases.

State media often works with interrogators to smear the detainees in the eyes of the public by broadcasting video footage of the forced statements on national TV.

Karami and Hosseini were accused of killing a member of the Basij paramilitary force, Ruhollah Ajamian. Three others have been sentenced to death in the same case, while 11 received prison sentences.

“The Islamic Republic expects silence by the international community as it hangs young people and relentlessly deploys violence with one aim: to crush peaceful dissent and silence a population hungry for change,” said Ghaemi.

“Silence is compliance, the international community should act now before more people are slaughtered,” he added. “And anyone with a public platform should use it to speak out against the Iranian government’s relentless use of extreme violence against people who are simply demanding basic rights.”

Want to help defend the right to protest in Iran? Here’s a list of actions you can take today.