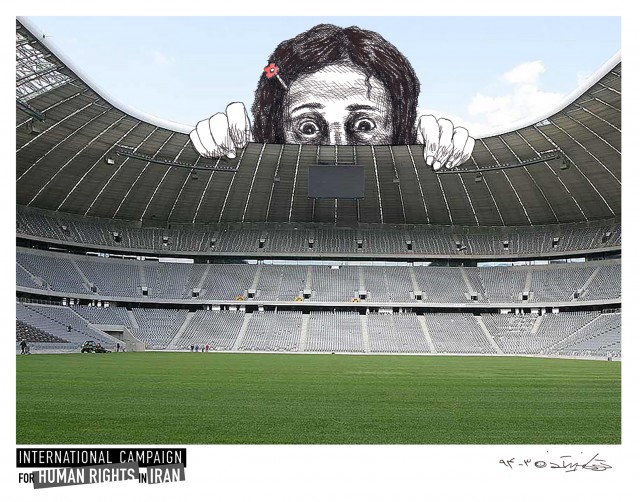 After much public anticipation for a decision on whether women would be allowed to watch the Iran-US volleyball games, and despite announcements by Rouhani administration about a favorable resolution to the issue, the Tasnim new agency, which is affiliated with the Islamic Revolutionary Guards, announced that the Police Special Mounted Forces, “equipped with new uniforms and equipment, consistent with their mission, would patrol the stadium area.” The article warned that that any attempt at “breaking taboos” ( letting women into the arena) during the volleyball match would be dealt with. This is cartoonist Touka Neyestani’s take on the issue.