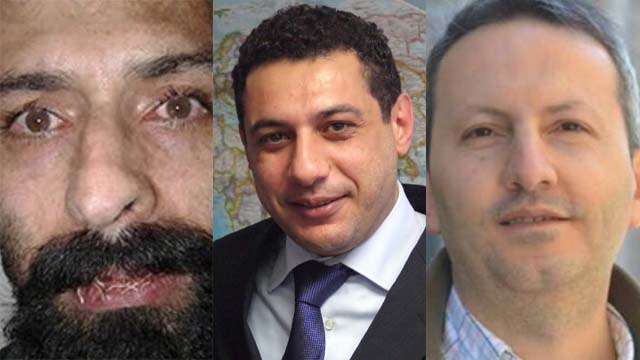 Conservative member of Parliament Ali Motahari has publicly asked the Judiciary to review the case of ailing political prisoner Ali Shariati, who has been on hunger strike for more than two months in Evin Prison. The Tehran MP made the call after a 71-day hunger strike by imprisoned rights activist Arash Sadeghi resulted in the Judiciary agreeing to Sadeghi’s request for a review of his imprisoned wife’s case.

“The release of Arash Sadeghi’s wife and the end of his hunger strike and medical treatment shows that the Judiciary is paying better attention to realities in society and the need for proportionality between crime and punishment rulings,” said the second deputy speaker of Parliament on January 4, 2017 via his Instagram page.

“Currently, Mr. Ali Shariati, whose most important charge relates to his participation at a rally in front of Parliament to protest against acid attacks on women in Isfahan, has been on hunger strike for 65 days to protest his five-year prison sentence,” he continued. “I hope the Judiciary will also take a look into this case and resolve it wisely so that it won’t become an excuse for the enemies of the Islamic revolution to criticize us for human rights [violations].”

On January 4, Shariati’s mother Shayesteh-ol-Sadat Shahidi told the Campaign for Human Rights in Iran that her son has been under observation in the prison clinic for 42 days of the hunger strike he began on October 31, 2016: “Despite my son’s dangerous physical condition, judicial officials have not yet paid any attention to his legitimate demands.”

“His blood pressure has severely dropped and when he talks on the phone, you can barely hear his broken voice. They even took away the flask he drank tea from,” said Shahidi, referencing the mistreatment her son was being subjected to by prison authorities.

Shariati, a long-time supporter of centrist President Hassan Rouhani who has been frequently interrogated by agents of the Intelligence Ministry and the Revolutionary Guards, is demanding a review of his five-year prison sentence for “acting against national security by participating in a protest against acid attacks (on women) in front of [Parliament] on October 22, 2014.”

At least three other political prisoners are currently on hunger strike in Iran.

Saeed Shirzad, who is serving a 5-year sentence in Rajaee Shahr Prison—known for its brutal living conditions—entered the 29th day of his hunger strike on January 4. The children’s rights activist has sewn his lips shut and is demanding the end of prison policies that are causing the “slow death” of detainees.

An informed source told the Campaign that if the authorities continue to ignore Shirzad’s demands, he would also begin to refuse water on January 7.

Police initially detained the Society for the Protection of Child Street Laborers member for 19 days in September 2012 for helping earthquake victims in the city of Ahar in East Azerbaijan Province. He was arrested a second time in June 2014 by the Intelligence Ministry and held in solitary confinement for two months in Evin Prison’s Ward 209.

In September 2015 he was sentenced to five years in prison for “assembly and collusion against national security” by Judge Abolqasem Salavati of Branch 15 of the Revolutionary Court. The Appeals Court has not yet issued a ruling for his appeal request.

Nearly a month has passed since internet advocate Nizar Zakka, a Lebanese national with U.S. residency status, went on hunger strike in Evin Prison on December 8 to protest his 10-year sentence for national security charges. He has also been ordered to pay $4.2 million USD. The details of his case remain concealed from the public and the authorities have refused to provide court documents to his lawyers, according to his U.S.-based legal team.

Zakka was arrested on September 15, 2015 during a visit to Tehran to attend the Tehran-based International Conference and Exhibition on Women in Sustainable Development, which he had been officially invited to by Rouhani’s vice president.

In her first public statement about her husband’s case, the wife of Ahmadreza Djalali told Radio Farda on January 5, 2016 that her husband—an Iranian doctor with residency status in Sweden who was imprisoned during a visit to Iran in June 2016—began a hunger strike that day. Vida Mehran-nia added that Djalali has been accused of national security charges, according to his lawyer, Mahmoud Alizadeh Tabatabaee, who regularly defends political prisoners in Iran.

While very little information has been made public about his case, the Campaign was able to verify that Djalali has been accused of “collaborating with enemy states”

This week Iranian Nobel peace laureate Shirin Ebadi called on the head of Iran’s Judiciary to resign for allowing numerous rights violations to occur under his watch.

In an interview with the Campaign, Ebadi, who was Iran’s first female judge before being forced to resign after the country’s 1979 Islamic revolution, and who founded the Defenders of Human Rights Center (DHRC) in Iran in 2002 only to be forced into exile in 2009, said, “The system is broken and the final responsibility rests with its head…Mr. Larijani must accept his incompetence and resign.”