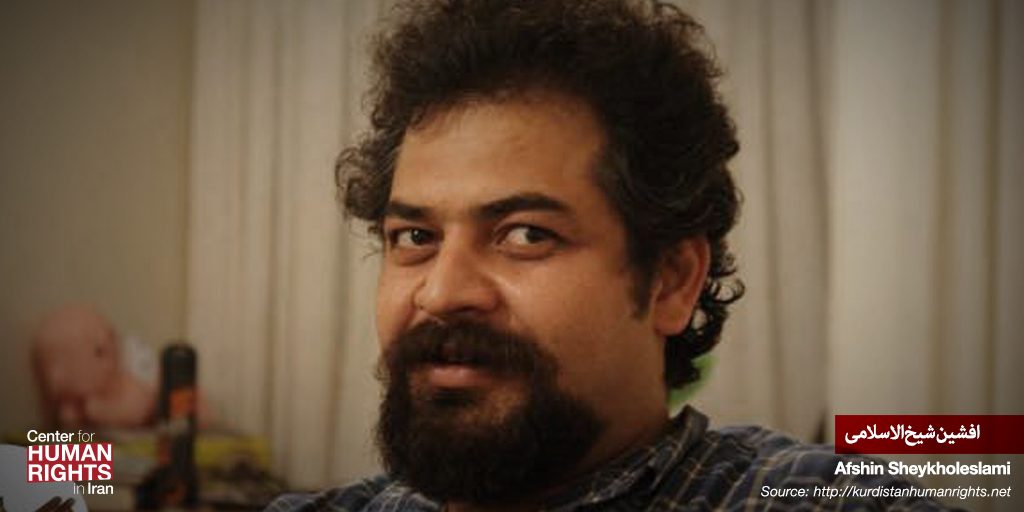 Environmentalist Afshin Sheikholeslami Vatani, a US permanent resident, was arrested on February 17, 2019, at his father’s home in the city of Sanandaj, the capital of Iran’s Kurdistan Province, a month after returning to the country from the United States, his sister informed the Center for Human Rights in Iran (CHRI).

“Our parents, uncle and some repairmen were inside the house when several agents came and carried out a search and took Afshin away,” said Negin Sheikholeslami Vatani in a phone interview from Sweden on February 27.

As of that date, Afshin had only made one short phone call to his mother.

A civil engineer, Afshin Sheikholeslami Vatani, 40, had traveled to Iran several times without any problems since he immigrated to the US in 2015 (he is currently a permanent resident). Prior to that, he had served one year in prison for his peaceful political activities.

“Afshin used to be a political activist,” his sister told CHRI. “His activities mostly included making comments on political and civil rights issues and participating in street protests in Sanandaj. But in the past two or three years, he has not engaged in any political activities… Other than his professional career, he has only been working with charities and focusing on environmental issues, cleaning up the environment and planting trees.”

Negin added: “…If they are going to hold him for whatever reason, we want to know the charges against him and why he was arrested. Then we want a fair judicial process and permission for our parents to see him. Meeting his mother and father will not threaten national security but will calm an old couple’s fears.”

Afshin was first arrested by Intelligence Ministry agents in Sanandaj in 2003 and given a one-year prison sentence for the charge of “propaganda against the state,” which was suspended for three years. Two years later he was arrested again and served the full sentence.

His second arrest took place in 2011 when he participated in a rally in front of Sanandaj Central Prison to protest the death sentence against Kurdish political activist Habibollah Latifi.

He was charged with “disturbing public order” and held in the Intelligence Ministry’s detention center for three weeks before being released on bail.

Since January 2018, dozens of environmentalists have been arrested in Iran in a widening crackdown by the Islamic Revolutionary Guard Corps’ (IRGC’s) Intelligence Organization.